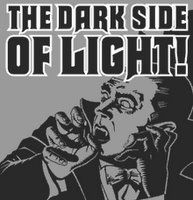 Library Handed 'Rare' Dracula Books. The Dublin City Library in Ireland has recently received a small (200 books) collection of rare vampire books. Some of the books may have been used by Brom Stroker when he wrote Dracula. This is great for the Dublin City Library. This should result in some clever PR which could perhaps bring in some new patrons. (Vampire party anyone? The Irish goth community may well become big library supporters.)

For more vampire fun, check out Vampires: The Romantic Ideology Behind Them.

A rare collection of Dracula-related books is to be handed over to Dublin City Library, it emerged today.

It includes copies of books on vampires and Transylvanian history likely to have been used by Dublin-born author Bram Stoker for his classic horror novel, foreign translations of Dracula, and first editions of some of Stoker’s other books.

The Bram Stoker Society, which has organised the handover of the collection, said it contained more than 200 books in total.
Posted by M at 5:35 AM