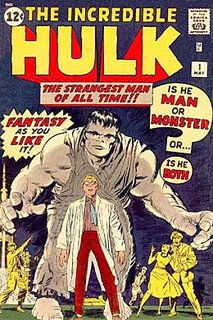 The Religious Affiliation of Comic Book Characters. Don't you hate it when you get those hard questions about comic book characters and their religions at the Reference Desk? The patron asks, "So, what faith does the Hulk practice?" To which you have no clue how to answer other than referring the person to your comic book bibliographer.

Now there is hope! Some kind soul has created a database listing the religious beliefs of super heroes and super villains. Go and take a look. I found the answer to the Hulk faith question too. He is a lapsed Catholic.